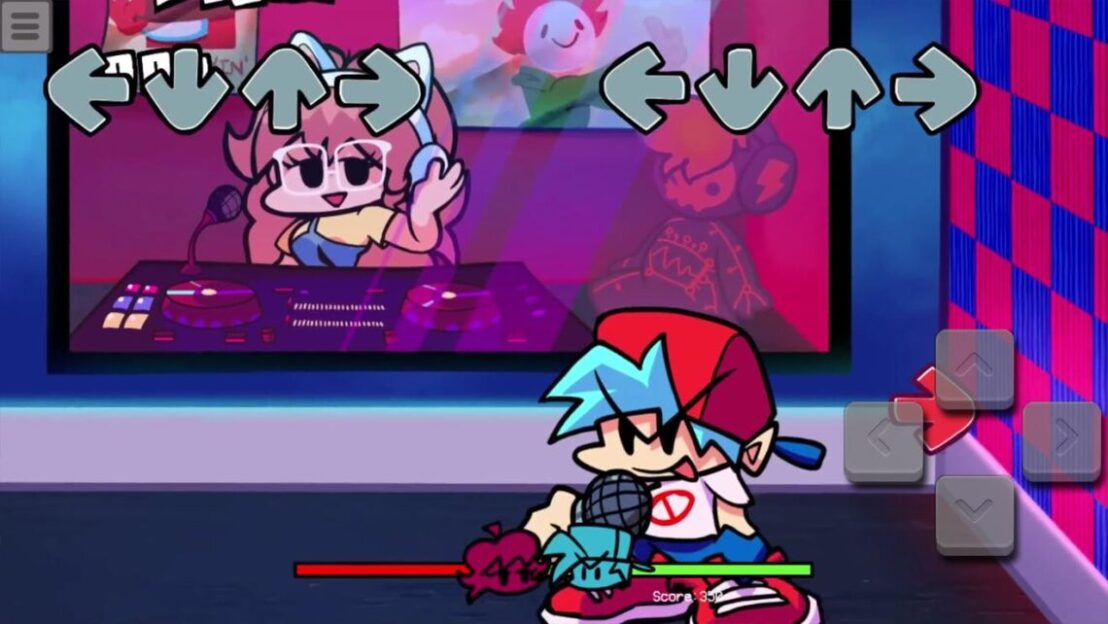 Beep boop! FNF Android Apk or known as Friday night Funkin music game mobile is a popular indie rap battle game combined with rhythm music style game. FNF mod has a playstyle reminiscent of popular rhythm games and nostalgic flash game format. In here, you as the player need to mirror your timing with the rhythm by pressing four arrow key button [left, right, up and down] with colourful button in a sequence dictated based on your screen.

This makes your hand and sense of song rhythm will be challenged. Just the same as the original mobile version, Friday night Funkin music mobile game mod still use 4 arrow button as the main trigger to start playing. Just tap them directly in your screen.

FNF music mobile game centers around our protagonist, boyfriend (often shortened to BF), who trying to kiss with girlfriend and make her to be his only GF. Her dad, an ex-rockstar band leader called daddy dearest disapproves your relationship. You must convince him, so the only way to prove it is by winning rap battle 1 vs 1 with daddy dearest. Not only girlfriend dad that wants to defeat you, there are many enemies waiting to rap battle you. You want to get girlfriends love? Fight them until the end and you can kiss your girlfriend later.

In FNF Friday night Funkin music game, the player must pass multiple “weeks” (stage) and each week containing three songs with each difficulty and opponent the player must compete with from week 1 until week 6. Each week you will rap battle against a hard different opponent such as daddy dearest, pico, monster, the mom, senpai, spirit, also skid and pump as the bonus guest characters. You can change your difficulty from easy to hard in real time. So, What are you waiting for? It is time to get freaky! READY, SET, GO!!!